Struggling to find the words to articulate your art practice? In this webinar, Hamish Sawyer, Brisbane-based curator, writer and Director of Outer Space, will discuss practical skills for communicating your creative

Struggling to find the words to articulate your art practice? In this webinar, Hamish Sawyer, Brisbane-based curator, writer and Director of Outer Space, will discuss practical skills for communicating your creative concept to audiences of all types.

This free presentation is suitable for artists and arts workers looking to enhance their exhibition labels, artwork statements and artist biographies to compliment their physical artwork/s. 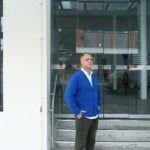 About your facilitator: Hamish Sawyer is a Brisbane-based independent curator and writer with more than fifteen years experience in programming and management roles across the commercial, government and not-for-profit sectors. His practice is informed by close collaboration with artists. From 2016 to 2019, Sawyer was Curator and Manager of Caloundra Regional Gallery. Sawyer has previously worked at the Queensland Art Gallery | Gallery of Modern Art, serving as a co-curator for the 8th Asia Pacific Triennial of Contemporary Art (APT8) in 2015. He has also held positions at the Institute of Modern Art (IMA) and Arts Queensland, as well as working for several commercial galleries. Sawyer has written for publications including Art Monthly Australasia, Sunnie and VAULT. In addition, he has contributed to monographs on artists Michael Cook, Laith McGregor and Marian Tubbs. In 2018, Sawyer recorded a long-form interview with Sandra Selig for the James C. Sourris Australian Artist Interviews series, commissioned by the State Library of Queensland.