The Colour and Response tour and exhibition project was showcased at Gallery 107 @ Dalby from 10 March – 28 April 2019, displaying Colour II: Merv Moriarty, In The Field and a local ‘response’ exhibition Colours of Dalby.

Colour and Response consists of two exhibitions on display at each venue, the latest offering from Merv Moriarty Colour II, Merv Moriarty In The Field, and a local exhibition drawing upon Flying Arts legacies. Local galleries were mentored by Flying Arts Exhibition Lead Lisa Beilby to develop their ‘Response’ exhibitions.

Gallery 107 @ Dalby’s answer to the ‘Colour and Response’ project, Colours of Dalby, was a collection of artwork and ephemera from the period, a video of interviews with three artists and a colour theory Masterclass in ‘plein-air’ on the black soil plains around Dalby, which reflected the teachings of artist and Flying Arts Founder Mervyn Moriarty.

The philosophies promoted by Merv during his time teaching at the Flying Arts School were concerning colour, light and place. His tutelage resulted in significant technical advances for his students in their search to translate their environment into visual art. To illustrate this phenomenon, a display of artworks by local artists who were inspired by Merv were curated including artworks old and new by Jo Smiles, Jack Wilson, Trish Callaghan and Joan Bauer.

Also, on display were the artistic studies resulting from the colour theory workshop facilitated by our ambassador artist Trish Callaghan, in which Merv Moriarty’s colour theory was explained and demonstrated. Another direct response to Merv Moriarty’s influence on the art produced in the region was shown in a video, wherein three of his students were interviewed discussing Merv’s impact on their art practice. The exhibition also featured ephemeral historical material, in particular photographs of the intrepid artist and pilot, Mervyn Moriarty. 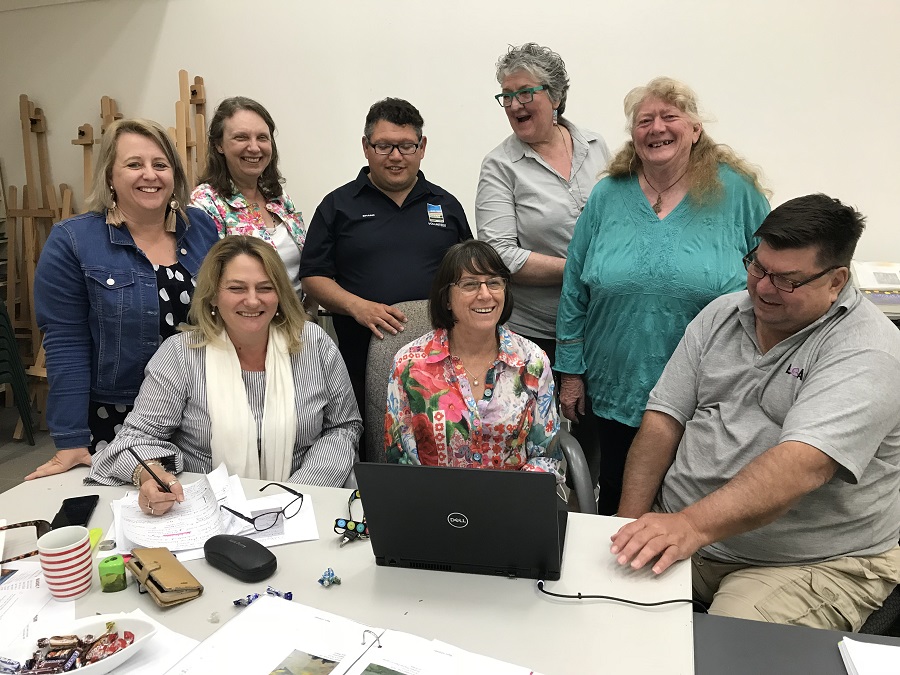 Flying Arts Exhibition Lead Lisa Beilby travelled to Dalby on three occasions in 2018 to conduct the Curator Mentorship Program with staff and volunteers from Gallery 107.

Over these intensive sessions and external support, gallery staff were guided through the exhibition curatorial process from considering spacial, thematic and logistical elements through to marketing and collateral.

President and Exhibitions officer of Gallery 107 @ Dalby, Carolyn Tillman said that the program enabled herself and the team to consider how the exhibition can connect with their local audience.

“As a new gallery in Dalby, Gallery 107 @ Dalby has a unique opportunity to expand to meet the needs of the changing demographics by being proactive and interactive. The target market is very broad and includes children, adults, emerging artists, professional artists and minority groups and those from different cultures.

I would like to think that not only will more people is our region learn about what influence Mervyn Moriarty had on our local artists, but that these artists will all connect again. I personally hope to just learn more about curating an exhibition and that my new committee will also learn a lot more as they move through this process.” 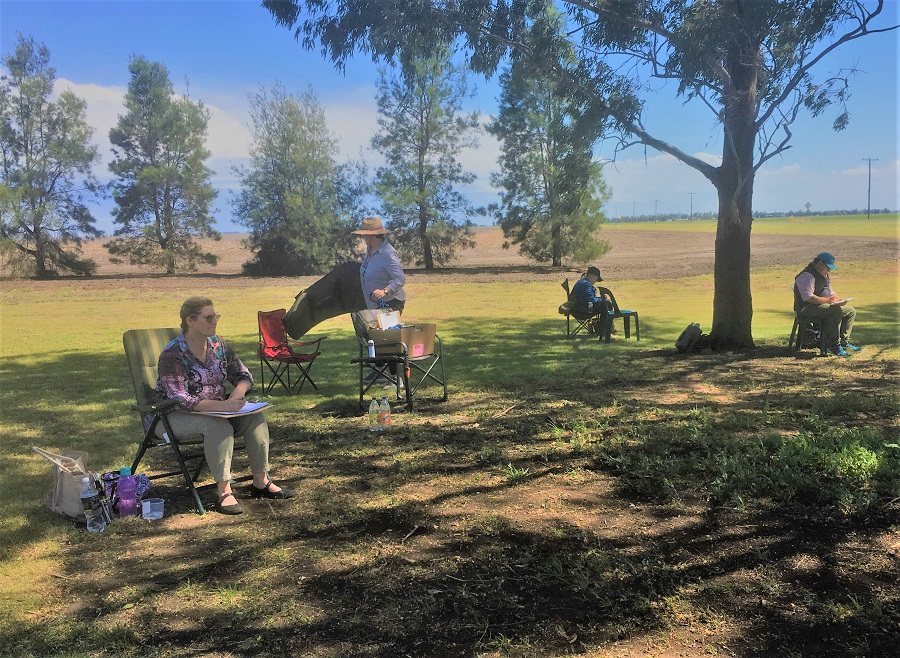 Colours of Dalby was a 2-day art workshop that happened on the weekend of 24th -25th November where participants used the Mervyn Moriarty Colour System and each took home a recently released Moriarty Colour Wheel. Dalby was one of the first country towns to benefit from Merv Moriarty’s vision of art for all.

Colours of Dalby was facilitated by ex- Dalby artist and educator Trish Callaghan who received her first Art classes as an adult from Jo Smiles at the Dalby Art Group in the 1980s and is well known in for her landscapes in pastel.

The first day of the workshop at Gallery 107 included colour mixing samples made in acrylic on paper with Moriarty’s unique colour system which guarantees repeatable accurate colour mixing.

On the second day some time was spent “en plein air” or, out in a paddock, looking at Dalby skies and dirt. The outcomes of this workshop will be documented to form part of an exhibition to be held in the Gallery next March when Merv Moriarty’s current works will be on show as part of 6 Gallery tour facilitated by Flying Arts Alliance Qld.

Gallery 107 concluded the showing of Colour and Response with a colour masterclass hosted by Merv Moriarty. Attendees met on the lower floor of the Gallery the a one-day intensive, learning about colour and hue in landscape and still-life painting.

The Colour and Response Project has received financial assistance from the Queensland Government through the Arts Queensland Playing Queensland Fund.